Shoma Uno picked up his first ISU championships win, but did not make things easy for himself. A couple of errors saw the 2018 Olympic silver medallist down in fourth place after the short programme. However, he rallied in the free skating and delivered a strong routine to vault himself to the title with a new personal best free score of 197.36. 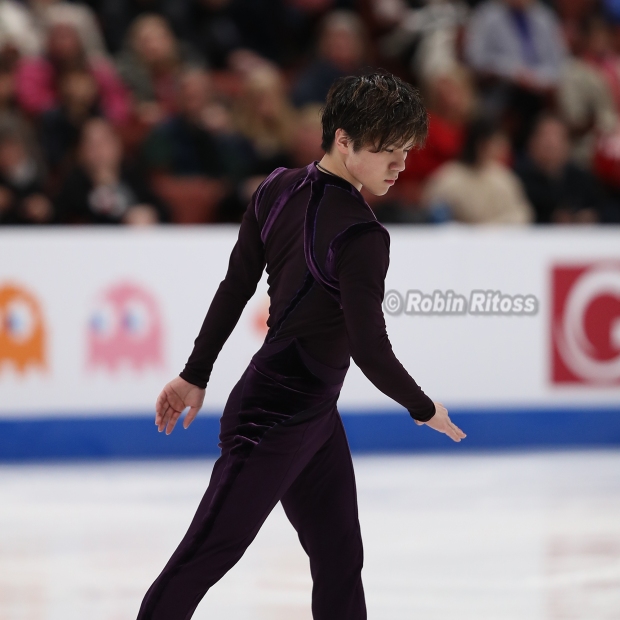 Last year’s champion Boyang Jin had to be content with silver this time round, while overnight leader Vincent Zhou dropped down to third overall.

A dramatic ladies event saw the top three after the short crumble in the free and it was left to Rika Kihira to charge from fifth place to steal the victory. She remains unbeaten so far this season.

Elizabet Tursynbaeva also advanced from sixth after the short to take silver, Kazakhstan’s first ever Four Continents medal in the ladies event. After a lowly eighth place in the short, Mai Mihara surged in the free to pip teammate Kaori Sakamoto for the bronze.

After being away from competition following the 2018 Olympics, Wenjing Sui and Cong Han returned to the ice in Anaheim and won their fifth Four Continents title. It was a very narrow victory over Canada’s Kirsten Moore-Towers and Michael Marinaro who had been leading the Chinese after the short. Cheng Peng and Yang Jin rounded out the podium.

In only their second event of the season, Madison Chock and Evan Bates snatched their first Four Continents gold medal after rhythm dance leaders Madison Hubbell and Zachary Donohue had a stationary lift called a base level in the free dance which knocked them off the podium altogether. Kaitlyn Weaver and Andrew Poje edged out compatriots Piper Gilles and Paul Poirier for silver even though they finished lower in the free.

Detailed results for the 2019 Four Continents Figure Skating Championships can be found here.