By H.Olenina with Hiro Yoshida

2016 World Junior champion Daniel Samohin has come to the end of what can only be described as a roller coaster of a season. As the Israeli celebrated his 19th birthday on March 12, this year’s Junior World Championship in Taipei, Taiwan was his last competition as a junior skater. The event itself reflected his turbulent season. After botching all three of his jumping passes in the short programme, he languished in 16th place at the halfway point of the championships. However, in the free skating he notched up a personal best and took second place in the segment to rise up to 6th overall at the end of the competition. He had not found it difficult to turn things around thanks to the support of those surrounding him.

“After the short, I went back to my hotel and talked to my dad and my team leaders and everybody said it was OK,” Samohin explained. “Hearing that really helped me calm down a little bit. I wasn’t angry. I was already trying to prepare myself for today.”

A fall on a quadruple toe loop was the only significant error in his free, but overall he was satisfied with his performance and was happy to go into next season on a high note.

“I was disappointed about the fall. I don’t know why I fell, but it’s OK. I am happy with how I skated today and I think next season is going to be good.” 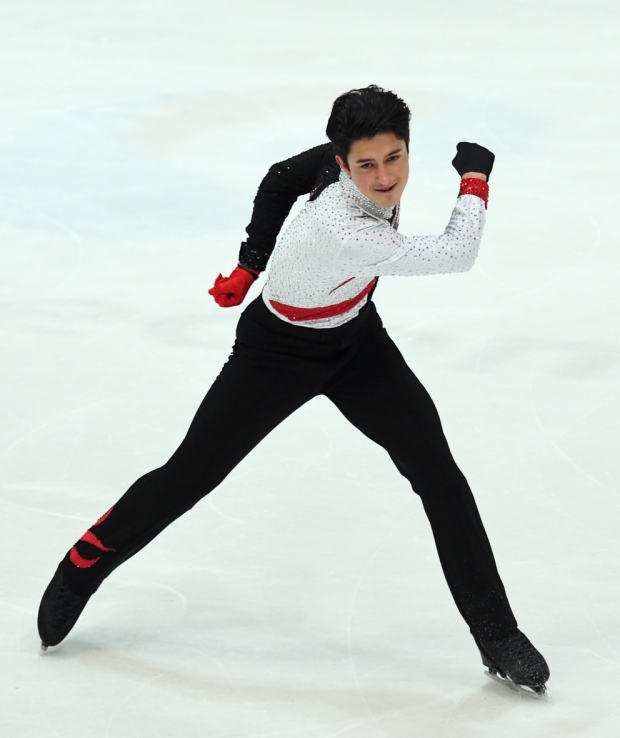 At the moment, Samohin is attempting two different varieties of quads in his routines. He plans to add more to his repertoire as well as refining his skating technique as he moves completely to seniors.

“I need to master quad loop and quad flip. I am working on them at the moment in practice, but they aren’t consistent. Even here I was practising quad Lutz…

“Perhaps that is what contributed to my mistakes in the short here. As soon as it is consistent though, I want to put it in my programmes. Also since I’ve turned 19, I want to skate more maturely.”

Despite all the obstacles he encountered this season, Samohin believes he has learned a lot that he can take forward.

“I would rate my season 50% of what I wanted to do. I am still happy with the end of my season because I was trying to work hard with all my ups and downs that happened. It was a really hard season for me mentally and physically. I had some boot issues at the beginning of the season and then I had the Euros incident. There was definitely a lot to overcome, but I am more motivated for next season to come back stronger.”

The European Championships in Ostrava, Czech Republic was a particularly challenging competition for Samohin. His luggage, including his skates, was mislaid by the airline he travelled with to the event. Using borrowed skates, he struggled to a 33rd place finish in the short and failed to advance to the free.

“After Euros I just told myself, ‘It’s not in my control’ because it really wasn’t. They lost my skates for two and a half weeks. I already started skating on new ones when I got home and just kind of forgot about Euros. Of course I wanted to compete because I was trying to work so hard for Euros to do a good skate. I ended up skating in my brother’s skates and still couldn’t do it, but that’s OK. It will make me stronger for next season.”

Samohin has faced both big and small obstacles over the past 12 months, but he has taken it all in his stride. Right before this year’s Junior Worlds a trip to the hairdressers also did not turn out as he had planned.

“It’s a funny story. I just wanted to get a small trim, but the woman that was cutting my hair ended up cutting a lot off. It’s OK because I will probably grow it out a little again.”