Skater. Choreographer. Actor. Dancer. Model. Designer. Misha Ge has, at the age of 25, already a lot of feathers in his cap. Born in Russia and raised in China, the skater from Uzbekistan calls the United States of America home these days. Now a veteran in skating terms, he nevertheless keeps challenging himself.

Behind the scenes, Ge has had his fair share of struggles. After a career-best finish of 6th at the 2015 World Championships in Shanghai, China, last season he battled with injury woes. Even though he slipped back to 15th place at 2016 Worlds in Boston, Massachusetts, the victory for him was that he competed in the first place.

“Last year was even better than I wanted because I was injured and we even thought I might not go to World Championships,” Ge said. “I still had the injury when I was at Worlds, although it was better. It was an ankle problem which I am still having now and it’s a long-term issue. It’s not that easy to heal.

“Medics call it a ‘sport professionals injury’, wearing out joints after many years of use. We need a balance so we try to recover, work, recover. I want to go slowly, but keep moving.”

As a skater from Uzbekistan, the additional hassle of applying for visas while training in a different country has continually plagued him throughout his career. In 2015, he had to withdraw from Trophée Eric Bompard due to a visa not being processed in time.

“It’s always frustrating. Not every consulate or embassy wants or is allowed to give a third country visa. An Uzbekistan passport almost has no visa free countries. We do have Russia, but everywhere else we need visa. You have to do it yourself. Nobody can help you and that’s extra time and headache when you are preparing for a competition.

“People see ‘dream’ on the cover, but behind everyone has their own difficulties. There’s a lot of hard things with all the travelling and a lot of pressure on your family as well, especially when both your coaches are your parents.”

Despite all the hardships, Ge still loves what he does and is grateful for the encouragement he receives from fans all over the world. His engaging on and off-ice personality means that he is almost always selected to appear in post-competition gala exhibitions and he regularly appears in shows in Europe and Asia, particularly Japan where he has a large number of fans.

“I really want our Olympic Committee to be at one competition when I compete in Japan so they will see how much people support. They will be surprised!” 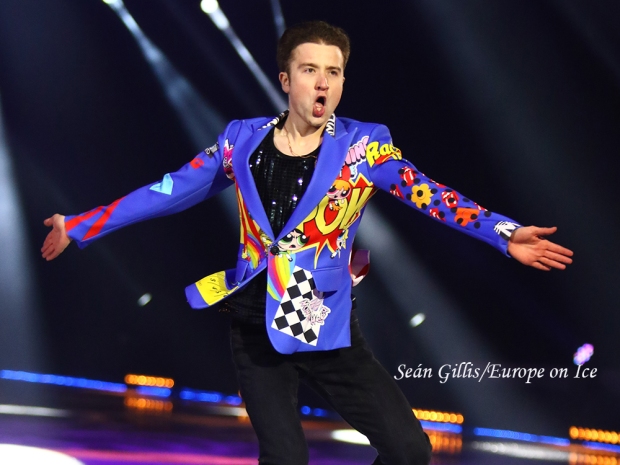 Skating for Ge is very much a family affair. He is coached by his father and his mother choreographs his routines. These days Ge has not only taken on more choreographic duties for his own programmes, but for other skaters as well. It is an area that he has had an interest in from a very young age, but only recently has he begun making a name for himself in the field.

“It was probably two years before I started to actively work on that,” Ge said of his career as a choreographer. “My mom is a choreographer so I was inspired by her and I also studied her. Then little by little I started doing my own programmes and one by one for other people.”

Ge is also a keen student of skating history and has a long list of current choreographers whose work he admires.

“I really respect all choreographers and try to learn from all of them. I think they are all my teachers.”

Gracie Gold, Anna Pogorilaya, Elizaveta Tuktamysheva, Alexander Petrov and Artur Dmitriev are some of the skaters that Ge has worked with recently. Collaborating with such different skaters has enabled him to grow not only as a choreographer, but also as a skater.

“Sometimes their team has their own plan. They might be challenging something or want to do something similar. I want to respect the views of the team and based on that to do the work that they want.”

It has been slightly unusual for Ge to be competing alongside skaters for whom he has choreographed and being on the other side of the boards when they skate his programmes. He is still not sure whether it is simpler to perform his own choreography himself or watch others skate what he has created.

“It’s a different perspective, but I think both perspectives are not easy. You try a performance yourself so it’s easier for your body to understand how to do it right. When you make for others, you want it to work, but it’s hard because you’re not in control. You have to explain through words, through movement to them. I think both things aren’t that easy.”

In the past, there have been criticism that perhaps his programmes are a bit too dramatic and theatrical. Ge has a simple reply to those critiques.

“I remember once people told me they thought my programme was too much Hollywood. My answer was ‘I’m sorry. I’m living five minutes away from Warner Brothers Studios in Hollywood.’ I try to also learn the things from Hollywood because I live nearby.”

For this season, Ge had initially decided on contrasting styles for his competitive routines, but changed things up later on. For his short programme, he had originally chosen a modern interpretation of the Rolling Stones classic “Paint It, Black”, performed by Ciara, but switched to “Liebestraum” by Franz Liszt before the 2017 Four Continents Championships in Gangneung, South Korea. In the free skating, he has picked “The Nutcracker” by Pyotr Tchaikovsky. It was a piece of music that he and his team had talked about previously and had decided that he was now mature enough to do it justice.

“‘Nutcracker’ was one of the ideas we wanted to do a few years ago, but we felt my level, my movement, my feelings were not ready,” Ge explained. “As well we wanted something a little different for this season.”

Ge has competed three times this season. In October, he travelled to Montreal to take part in the Autumn Classic International where he took silver behind 2014 Olympic champion Yuzuru Hanyu. He received two Grand Prix assignments – Skate Canada in Mississauga, Ontario and Trophée de France in Paris. He finished sixth and seventh respectively. After skating in France, he was upbeat about he had performed up to that point.

“For me competition is not only about the result. It’s about improvements that we are doing each time. This was a hard competition because we have a lot of difficulties. It’s the third competition in just a few weeks and I also do a lot of organising things and training during these few weeks so it was not an easy one. My body condition was a bit heavy too. Based on that I will say mostly I am happy with my performance, but there are a few things we can work on them to improve for next time.” 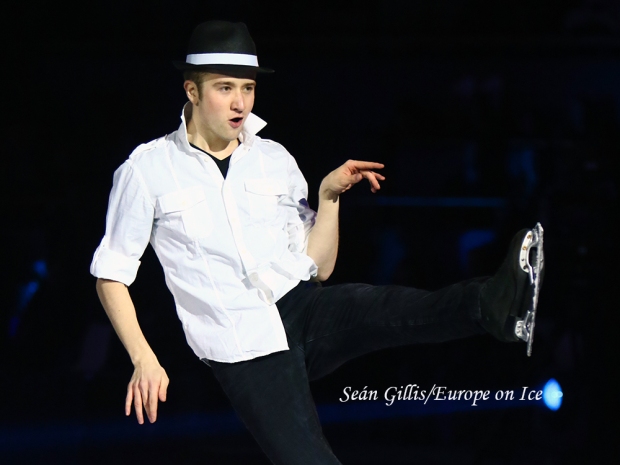 Well-known as an artistic skater, Ge is also pushing himself technically this season. For the first time, he is including a quadruple jump in both of his programmes. He is finding it a challenge.

“For me to do quad and triple Axel in the same programme is still a bit hard so I still have more work to get used to it. Of course, it’s taking me a little bit longer time, but I think it’s going in the right direction.”

With younger skaters now regularly attempting multiple quads in their free routines, Ge has mixed feelings about skaters attempting these difficult jumps and how it affects the artistry that is unique to skating.

“I think it’s good that we try to do something new, but if it’s only elements and nothing else then it’s becoming more like gymnastics,” Ge said.

“It’s good to move forward and do more difficulty, but if we throw everything else out, we are just going to lose the beauty and unique things of skating that makes it one of the most beautiful and exciting sports we have in the world.”

In March, Ge will be aiming to secure a place at the 2018 PyeongChang Olympics when he competes at Worlds in Helsinki, Finland. He is under no illusions that it will be a simple task.

“It’s not easy. You never know what could happen. There are amazing skaters who have a much higher ranking than me and they could go out after the short, so you have to prepare for anything.”

Aside from his skating and work as a choreographer, Ge will continue to keep himself busy. He believes all his activities enhance what he does on the ice and will give him a lot of options on a future career when he eventually stops competing.

“I have a lot of offers for TV, but we’ll see. Modelling, a little designing as well. A little bit of everything. Not saying I am spread out too much, but sometimes those are the things that can help the work you are doing. It’s all about bringing something back to help you to improve on your main stage.”

©Europe On Ice 2017 – Reposting and/or translation of this article without permission is strictly prohibited.