This time last year Gabriella Papadakis and Guillaume Cizeron ended the European Championships in fifteenth place. What a difference twelve months makes and their rapid ascent to the upper echelons of ice dance continues with no signs of slowing down. Even in the half empty Globe Arena in Stockholm, there was an intangible magic to the mood they created on the ice during their performance to Mozart’s Adagio from Concerto No. 23. It was perfect and total intimacy and you felt that they would have danced exactly the same way if no-one or twenty thousand people had been watching.

The foundations for this victory had been laid on Wednesday when they scored 71.06 for their short dance, a whopping seven point improvement over their previous best. It was clear that they and their team had put a great deal of preparations into boosting the technical side of the short.

“I worked a lot with them on the short since the Grand Prix Final and French Nationals,” coach Romain Haguenauer explained after the short dance. “I knew that if they wanted to be first at this competition they would have to get over seventy points.” 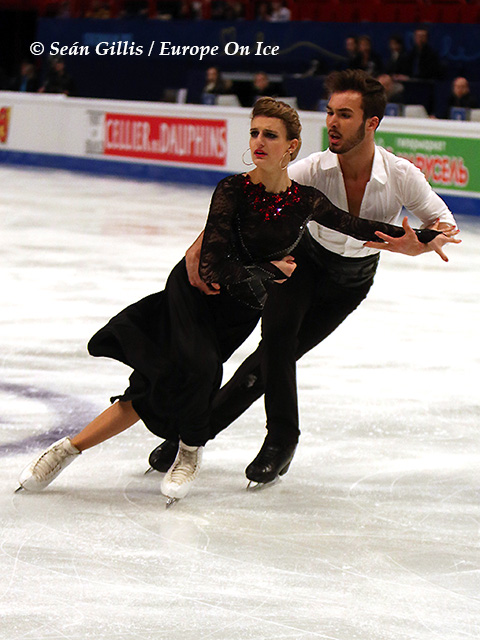 While Elena Ilinykh and Ruslan Zhiganshin skating before the French had a few mishaps, Papadakis and Cizeron were as consistent in the free dance as they have been all season and even more inspired with much of the audience moved to stand to applaud them when they ended.

“This whole season has been a big surprise for us,” Cizeron confessed at the final press conference. “Our goals for this season were a lot less high than what we did tonight.” 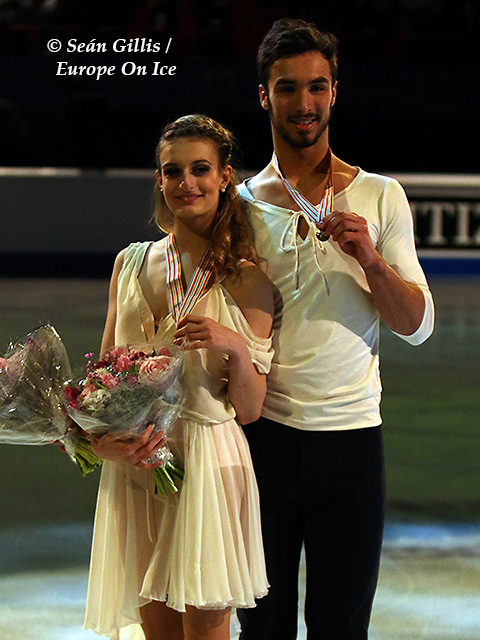 Not even a mishap with the French flag not being raised properly could dampen the joy that Papadakis and Cizeron felt at their win.

“It was my favourite moment of the night,” Papadakis joked.

The next stop for the new European champions is the World Championships in Shanghai. With a total score of 179.97 for this event, they are now within striking distance of the season’s best of Kaitlyn Weaver and Andrew Poje, the favourites for gold in China. Now who would have predicted that even a few weeks ago?

*Check out our recent in depth interview with Papadakis and Cizeron’s coach Romain Haguenauer here.